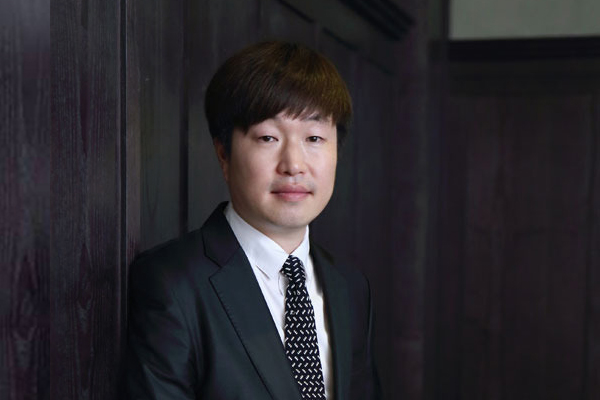 [SBS FunE | Kim Ji-hye] The process of a movie being completed is a captain and a producer is a compass. The director moves the key, and the producer gives directions.

No one can deny that a film is the director's art. But the role of producer is also important. It is checked every minute whether the movie is progressing properly or not. He is the one who has been most involved in movies, but he still watches movies from a third party perspective. Good movies have good directors and actors. And there must be a good producer.

Jang Won-seok, who was 27 years old as the director of the production of the film 'King and the Clown,' announced the name of three characters in Chungmu-ro. He is not a character that pops out of nowhere one day. Since his mid-20s, he has been rolling around in movies.

When he was a teenager, he decided to become a film director early in his career, but he ran for the goal of entering the department of film at Chung-Ang University without making a mistake. However, college life was not rosy. Instead of the cradle of his studies, he started to work in a fierce movie format. "I pray that my school life is free, but I think I will find other alternatives when I'm tired of it," he said.

Q. So you were directing after you left the army?
A. After I went to the army, I thought I could do anything. As I had a dream about the director, I entered the production department. He worked as director of "Orpheus" and director Jang Hang-joon. But it all fell. I tried to stop the movie because it was too difficult and financially.

Q. It would have been hard for you to go through production and production when you were in Chungmu-ro.

A. It was difficult to get up from Daegu and live in the rooftop of my friend. "Bing-woo" (2003) was my first salary while I was in the movies. I didn't get a penny until then. He received one million won for Bingwoo and 1.5 million won for King and Clown. When I started receiving my salary, I thought, "This is the discovery of life." I watched a movie, drank a drink, and started doing cultural life.

Q. What makes you decide to become a producer when you dream of becoming a movie director?

A. Over the Rainbow (2002) I prepared for supervision after finishing my job. At that time, I thought I'd make sure of my career path. Everyone around me says, "You're a producer." That's why Bing-woo became the production manager. The next work was 'King and the Clown' (2005), directed by Lee Joon-ik.

Q. What is a producer style? How is it different from the director's style?

A. I have good personal relationships and am sociable...The manager should have the Otaku temperament of digging one thing, but I am not. When preparing for the production, he thought, "I don't think I'm meant to be a director." For your information, all of your majors (movie performances) received A's. Ha ha.

Q. At 31 years old, he became the head of the Multicellular Club. (CEO Jang Won-seok is currently the head of the two film studios 'Multi Cell Club' and 'Vie Entertainment' and is working as a freelance producer.)

A. One day, Ahn Dong-kyu said, "Take your name for the Multicellular Club." Park Bong-gon said, "I understand you because you made me connect with the movie in the case of running away from home." But in the beginning, the movie continued to tip over. At that time, I was a freelance producer of "Bitty Boys," "Pyongyang Theory," and "Eui Brothers," directed by Yoon Jong-bin.

Q. Director Yoon Jong-bin is also a junior in college.Is this your first time seeing each other?

A. I've been close to someone since I'm a junior. Director Yoon Jong-bin tried to work as the director of the "King and the Clown" for his experience ahead of his commercial debut. However, his graduation work "The Unforgiven (2005)" swept through various film festivals including Cannes. Kim Dong-ho, chairman of the Pusan Film Festival, called each production company and said, "Yoon Jong-bin must be caught." The movie company's proposal was on the rocks.

Q. Come to think of it, Beatie Boys was a good flop. I heard that there were many ups and downs because it was not an easy material.

A. It was really hard. First of all, it didn't become a fund-raising event. It started with 400 million won in grants from the committee, but investment was not smooth due to its material and actor's recognition. At that time, Ha Jung Woo was not the current Ha Jung Woo. It was before the 'chaser'. I was as if I were running on my feet. Then, the DCG Plus came out and became the main player. The "Vieti Boys" made 1.6 billion won (1.5 million dollars) and cost 730,000 people. The break-even point was right. Since then, I have been making movies without a break.

Click on the link below to go to the article.